Stimulants In Dietary Supplements – When One Is Banned, Another Takes Its Place 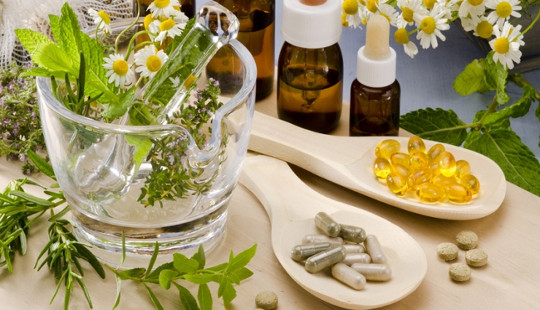 The supplements were marketed to help people lose weight and to enhance energy. Even though BMPEA was first synthesized in the early 1930s, it is relatively unstudied. Because studies of safety and efficacy in humans have not been performed, its unknown whether it is dangerous. It appears that BMPEA is intentionally added to these supplements for its stimulant properties and since it is not listed on the labels of these products, consumers have been unknowingly ingesting this untested stimulant.

Dietary supplements aren’t regulated the same way drugs are, which creates a legal loophole that allows untested stimulants like BMPEA onto the market.

And this has happened before with a different synthetic stimulant: ephedrine.

Ephedrine was widely used for weight loss and performance enhancement (although it also has approved medical applications). Use of ephedrine supplements was highly prevalent by the late 1990s, and between 1996 and 1998 an estimated 2.5 million people in the US used ephedra (or ephedrine) supplements.

As I discuss in my historical review of ephedrine use in the US, ephedrine was sold and used as a “legal” amphetamine “look-alike” drug for decades after amphetamine became a controlled substance in 1970. In an ironic twist, amphetamine was actually first used in the early 1930s as a replacement for ephedrine.

Ephedrine products were also sold as legal replacements for other illicit drugs in the late 1990s. For example, ephedrine was a main ingredient in a product called Herbal Ecstasy, which was promoted as a legal and healthier alternative to MDMA (ecstasy).

In 2004, the Federal Drug Administration (FDA) banned ephedrine from dietary supplements as it was deemed an unreasonable risk to public health. While FDA-approved ephedrine and pseudoephedrine products remain available “behind the counter” as drugs (in some asthma medications, for instance, and in cold medicine, like Sudafed), ephedrine supplements are banned.

The media focused heavily on the thousands of self-reported adverse events potentially related to use (there were more than 18,000 reported by 2004). However, the media, FDA and public may not have considered that once ephedrine was banned, it would be replaced by new stimulant drugs, which might not be much safer than ephedrine.

It’s Not Easy To Ban Stimulants In Supplements

Right after the FDA finally managed to ban ephedrine from dietary supplements another stimulant drug called synephrine (bitter orange) popped up in supplements to replace it. Despite concern from the media and from some scientists, synephrine products do not appear to be as dangerous as ephedrine and remain legally available today. Shortly after the ephedrine ban another potentially dangerous stimulant called methylhexaneamine (DMAA) also popped up in supplements and the FDA stopped companies from selling these products. Fast forward a few years and now multiple products contain BMPEA.

In the ongoing game of regulatory Whack-A-Mole, BMPEA is just the latest stimulant to pop up in the wake of another being banned.

In the US, substances sold as dietary supplements are not considered “drugs” and fall under the Dietary Supplement Health and Education Act of 1994 (DSHEA). Thus they are virtually unregulated unless an issue arises. Under DSHEA, substances generally do not require safety testing. But when many adverse reactions are reported, a substance may be deemed unsafe and the FDA is to step in and ban its sale.

Although BMPEA is not illegal to possess or distribute in the US (at least not yet), there appears to be two issues regarding BMPEA appearing in many Acacia rigidula supplements such as Jet Fuel and Yellow Scorpion. First, BMPEA is not listed on the label. Second and more importantly, it may be an adulterant that turns out to be too dangerous for the average person to consume.

Unlike ephedrine, we have not learned of thousands of adverse events being reported to the FDA. So despite BMPEA being an amphetamine isomer, use may not be as unsafe as it is being made to look, whether or not the drug belongs in supplements.

The FDA has been aware of some dietary supplements containing BMPEA for over two years now, but they have not yet recalled these products or issued a public warning that some products contain this drug. However, these new findings from the Harvard researchers may in fact prompt a warning.

But there is always a chance that a warning will be somewhat ineffective and that, like ephedrine, this drug may remain available. If people were using BMPEA to get high (if it is even possible) instead of using it for fitness purposes, it would be a different story and the Drug Enforcement Administration (DEA) would likely step in to control use.

Putting discussion of the need for proper testing and labeling aside, is the appearance of this new drug really unexpected? While some stores are willingly removing these products from their shelves, it would likely take a while for the FDA to issue a ban. And unlike ephedrine, the evidence that BMPEA can be dangerous is not there. Regardless, just like the hundreds of stimulants in new “legal highs”, BMPEA drugs will likely remain available over the internet even if it gets banned.

Joseph Palamar is an Assistant Professor of Population Health at New York University (NYU) Langone Medical Center and he a research affiliate at the NYU Center for Drug Use and HIV Research (CDUHR). His primary research focus is drug use epidemiology, with specialty in drug policy, club drugs, drug-related risky sexual behavior, and attitudinal predictors of drug use.