This Trait Could Be Key To A Lasting Romance 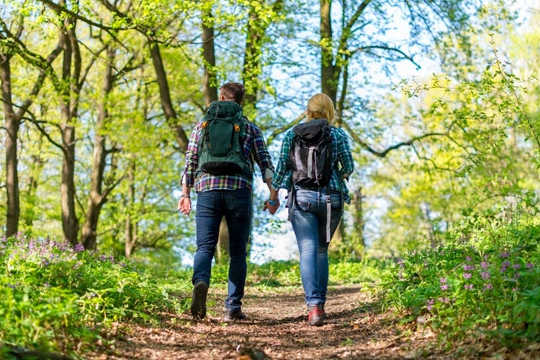 Passion and commitment are widely believed to be the foundation of strong romantic relationships.

In a recent study, we found that one trait in particular – humility – is an important indicator of successful relationships.

An honest view of shortcomings

Humility can sometimes be confused with low self-esteem, low confidence or meekness.

But researchers have come to realize that being humble generally indicates the presence of deeply admirable personal qualities. It means you have the ability to accurately assess your deficiencies without denying your skills and strengths.

For example, you might recognize that you’re smart but realize it would be absurd to call yourself all-knowing – especially when the scope of human knowledge is so vast. This is an honest and sober view of your shortcomings.

As the philosopher Jason Baehr has argued, “To be humble is to be attentive to and disposed to ‘own’ one’s limitations, weaknesses, and mistakes. A humble person does not ignore, avoid, or try to deny her limits or deficiencies.”

If you’re humble, you lack a host of negative qualities, such as arrogance and overconfidence. It means you can acknowledge mistakes, see value in things that are riddled with imperfections and identify areas for improvement.

The link between humility and forgiveness

Humility appears to be a huge asset to relationships. One study found that people tend to rate this quality highly in their significant other. It also found that someone who is humble is more likely to initiate a romantic relationship, perhaps because they’re less likely to see themselves as “too good” for someone else.

But in our study, we wanted to explore the link between humility and forgiveness in couples.

So we approached this question by asking each partner in a romantic relationship about their own and their partner’s humility. We hoped that even if a truly humble person didn’t consider themselves humble, at least their partner would recognize this trait.

Interestingly, the strength of an individual’s social network can play a role too. If someone has a humble partner, they’re more likely to forgive that person. If someone has a lot of close, supportive friends and a humble partner, they’ll be even more likely to forgive that partner after he or she has screwed up. But if your partner is arrogant, it doesn’t matter how many great friends the couple has, they’ll still be less likely to be forgiven.

The ability to forgive is so important because pain is an inevitable part of any relationship. People mess up. They might say something they don’t mean, be unknowingly inconsiderate or forget an important event. So when looking for a partner, it’s probably a good idea to find someone who recognizes that making mistakes is part of being human.